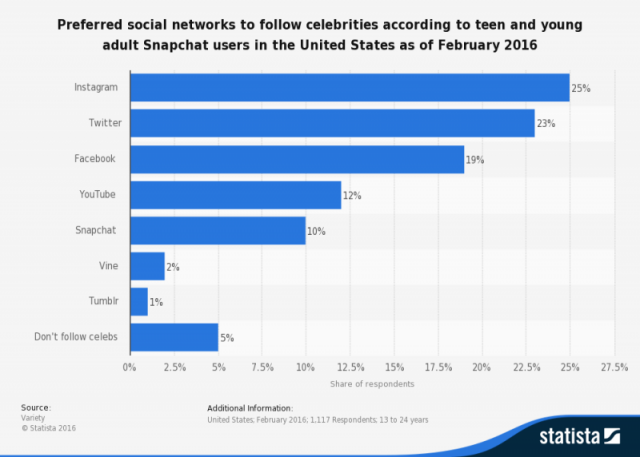 A survey was conducted among teen and young adult Snapchat users in United States at February 2016 to find out which social networks are the most popular to follow celebrities. Social networks included in the survey and came on top of popularity are

Among the most popular three apps for following celebrties, Instagram was on top and was used by 25% of total surveyed users. Twitter came the second with 23% and facebook 19%.