The birth of Wikipedia 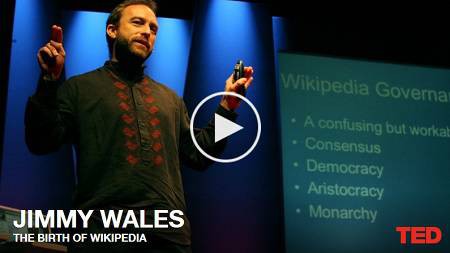 With a vision for a free online encyclopedia, Jimmy Wales assembled legions of volunteer contributors, gave them tools for collaborating, and created the self-organizing, self-correcting, ever-expanding, multilingual encyclopedia of the future.

That's how Wikipedia, imagined in 2001, became one of the most-referenced, most-used repositories of knowledge on the planet, with more than four and a half million articles in English and millions in dozens of other languages, all freely available.

Tags:
app design app development web design software development Design
The next-generation operating model for the digita...
Wondering What Song That is? You Need This App
Please login to comment