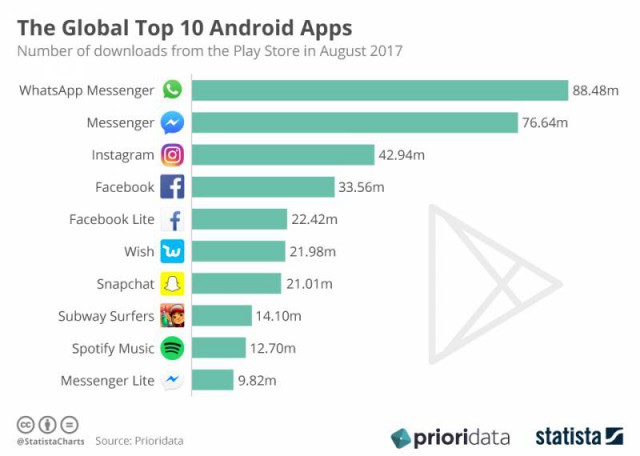 Mobile apps are more popular than ever, supported by strong growth of mobile internet and smartphone.  The top ten Android apps in the world last month had a combined download figure of over 343 million. They are

You would have used some of the apps above. Wish is one less well known comparing to other big names however it also had achieved nearly 22 million downloads.