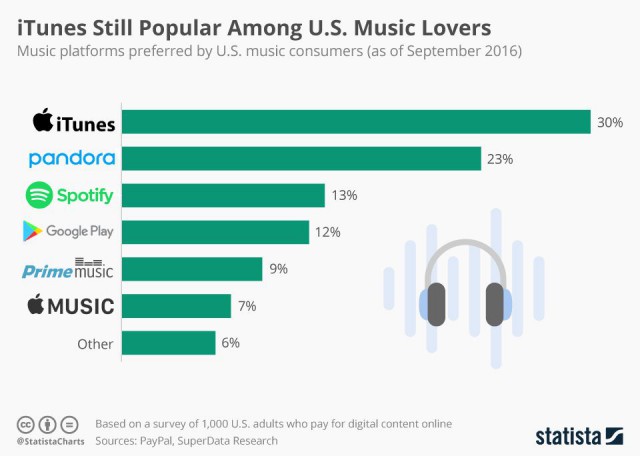 New developments continue in all aspects of digital world including music servicing. According to the Nielsen's Mid-Year Music Report, Audio has surpassed video as the leading streaming format in 2016. Including music video streams, Americans streamed 209 billion songs from January through June, up from just 50 billion three years ago. CD album and digital album sales declined by 12 and 18 percent, respectively, while digital track sales plummeted by 24 percent. 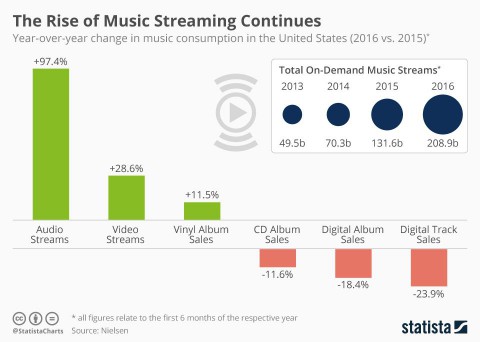 Apart from music streaming, music downloads are still worth billions. Among a number of popular music service providers, iTunes is still the most popular music platform among U.S. consumers, according to a recent PayPal survey on Americans’ digital media consumption. 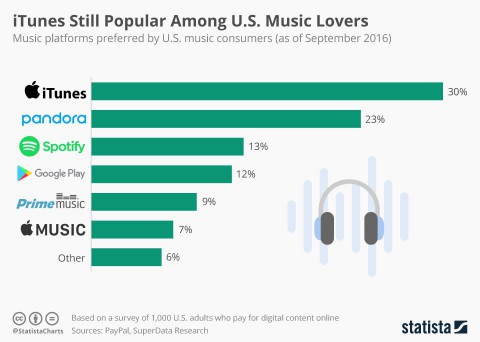 Tags:
lifestyle experience data
The Uprising of Fintech Firms and the Disruption i...
Robots with "Soul"
Please login to comment