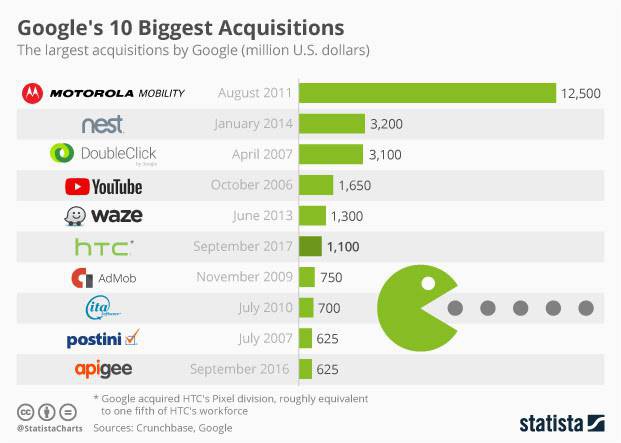 Google has agreed to acquire a select team of engineers from HTC’s smartphone division for $1.1 billion. By taking over the division that develops Pixel smartphones, Google will gain half its research and development team including 2,000 HTC engineers.

This is the second time that Google purchased into smartphone manufacturer. The first time was six years ago, Google bought out of Motorola Mobility for $12.5 billion. However after the acquisition, Google wasn’t able to bring in as much in royalties and use those Motorola developed patents aggressively, just two years later, Google reached a deal to sell the company off to Lenovo for less than 25% of what it had originally paid.