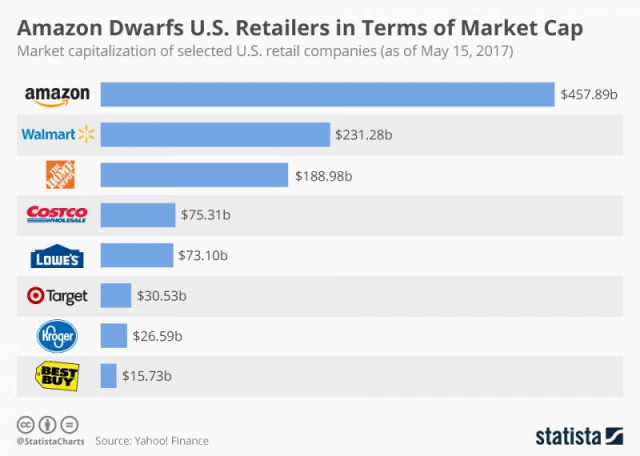 Twenty years ago, on May 1997, a Seattle-based online bookstore held its initial public offering. The leadership at retail companies such as Walmart, Costco and Target probably didn’t lose any sleep over what that upstart online bookstore might one day do to their businesses.

25 years later, Amazon.com is now by far the largest retail company in the United States, at least in terms of market capitalization. Currently valued at $458 billion, Amazon is worth nearly twice as much as Walmart, which is still the largest retail chain in the country in terms of sales. Its annual revenue will likely exceed $150 billion this year and whoever saw this coming is now a rich man or woman.

Anyone smart enough to invest $1,000 in Amazon’s IPO back in 1997 and hold on to the shares through the dot-com crash and the subprime mortgage crisis is now sitting on $640,000. 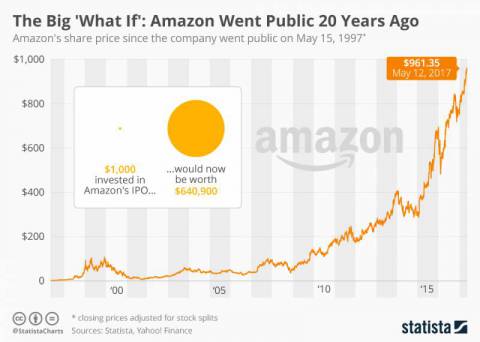