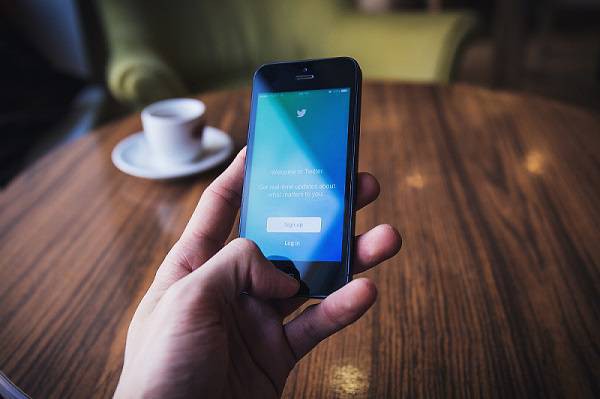 Only a decade ago, social media was little more than a budding trend. Although social sites like Friendster and MySpace that had a decent level of adoption, the population as a whole and businesses had not realised the potential of social media. Facebook was founded at 2004, Twitter appeared around 2005, but many saw it as pointless. LinkedIn was only a digital resume. And Google+ didn’t even come on the scene until 2011, followed later by Pinterest and other platforms.

By 2016, Social Media platforms connected 2.8bn people, more than 1/3 of the world population. 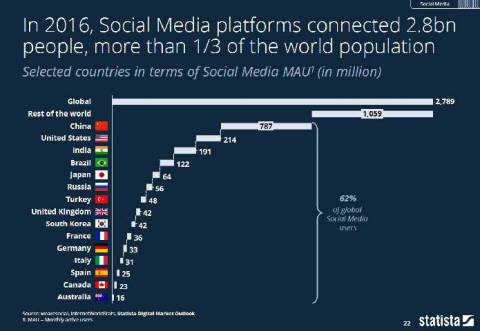 Among the social networks, Facebook has the biggest Social Media reach, followed by Chinese tech-company Tencent. 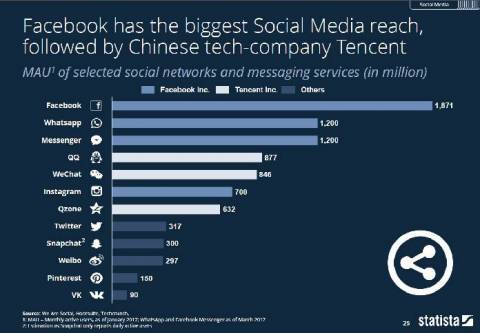 More than 50 billion of messages are sent through WhatsApp every day.

Tags:
social media digital
Yahoo is no longer an independent company
The Art of Innovation
Please login to comment