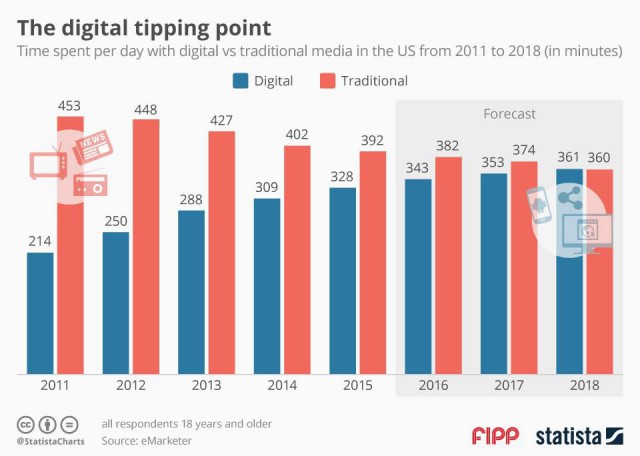 It is a clear trend in the last a few years that digital has increasingly become part of our lives. With this trend continues, when would the digital media overtake the traditional one? eMarketer’s research on adult consumer habits in US provided us an insight into when this is likely to happen.
Five years ago in 2011, people spent twice as much time on traditional media than on the digital media. Two years later in 2013, the time spent on traditional media was still 50% stronger. However, the gap continued to narrow, and the digital media is forecasted to overtake traditional media in 2018.
What does this mean for us? If you prefer a printed newspaper at Sunday morning, you may want to jump in the digital ocean and start experiencing as your favourite printed newspapers, if they are still alive, could disappear earlier than you think.