Why Netflix could be your best companion in the living room 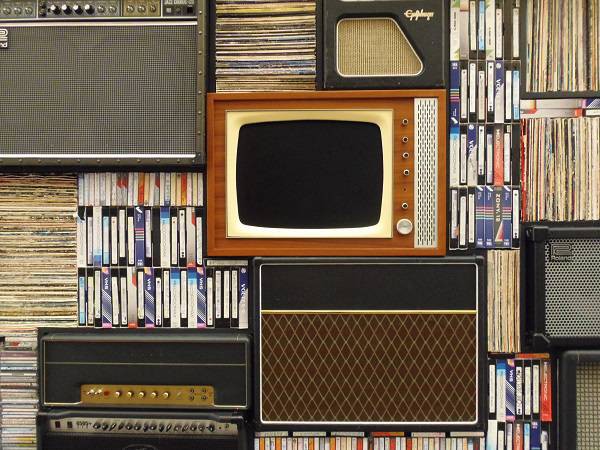 Netflix is an American entertainment company founded on August, 1997 It specializes in and provides streaming media and video-on-demand online and DVD by mail. In 2013, Netflix expanded into film and television production, as well as online distribution. By July 2017, Netflix had 100+ million subscribers worldwide.

Let's have a look how Netflix is doing.

Membership Subscriptions - in July 2017, the total number of the subscribers has pushed past the 100 million milestone. 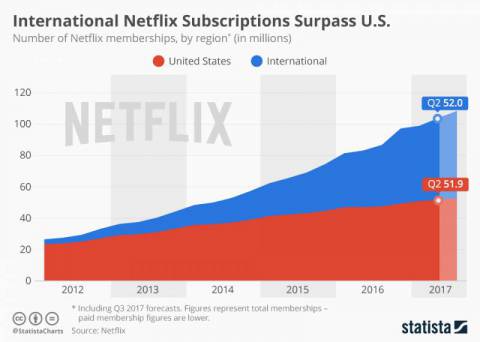 Customer satisfaction. In a few of the criteria for quality of service, Netflix outperforms its competitors in each of these metrics. That is from a customer point of view, which makes it all the more relevant. 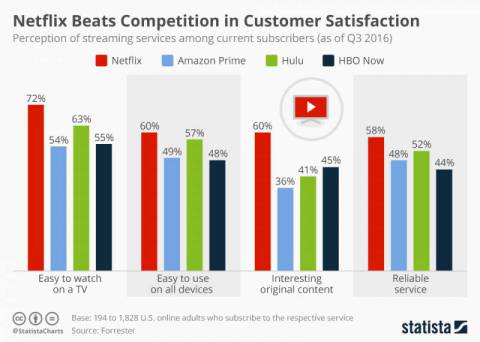 In the Living Room. 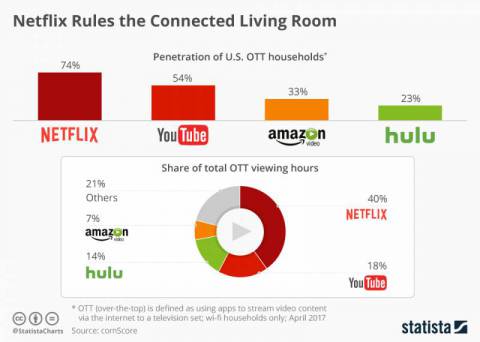