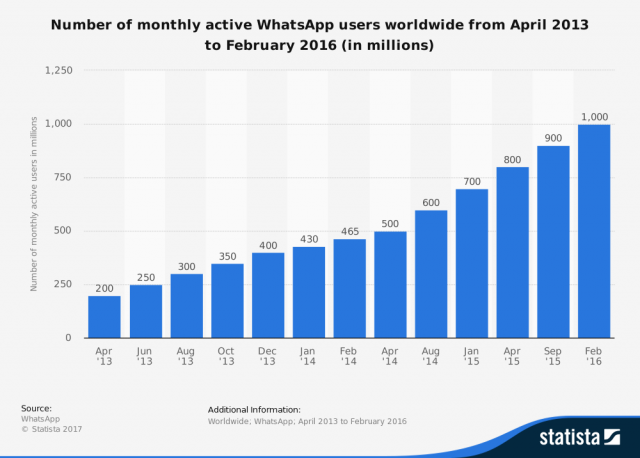 Mobile messaging apps are more popular than ever, supported by strong growth of mobile internet and smartphone.  These mobile messaging apps not only offer messaging services, they also offer social network features like group chats, video chats and photo and video sharing.

Based on number of monthly active users, WhatsApp is the most popular mobile messaging apps with 1.2bn active users per month. WhatsApp’s active users have been growing and continue to grow. WhatsApp was acquired by Facebook in 2014, there was an increase in growth rate from August 2014, this was likely that it benefited from Facebook’s popularity. 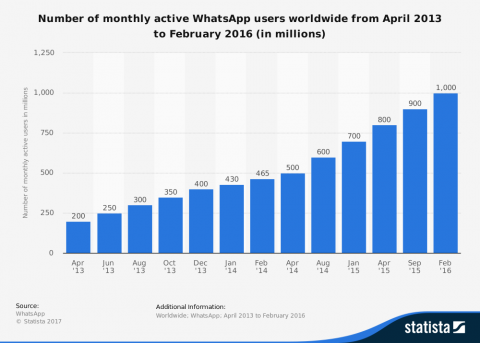 Facebook’s Messenger is another very popular chatting app, however its popularity is most due to its parent company Facebook.

Another popular messaging app is WeChat. WeChat was developed by a Chinese company, Tencent. At the late of 2016, it had 846 million monthly active users. User base growth has been steady over the years.

In Asia, there are another two messaging apps worth mentioning. One is Japanese’s LINE which has 560m registered users, followed by HIKE from India. 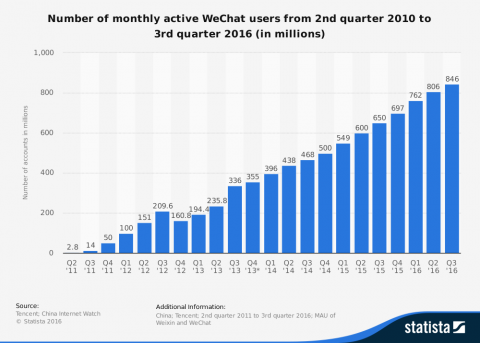