Will technology take your job? New analysis says more of us are safer than we thought, but not all 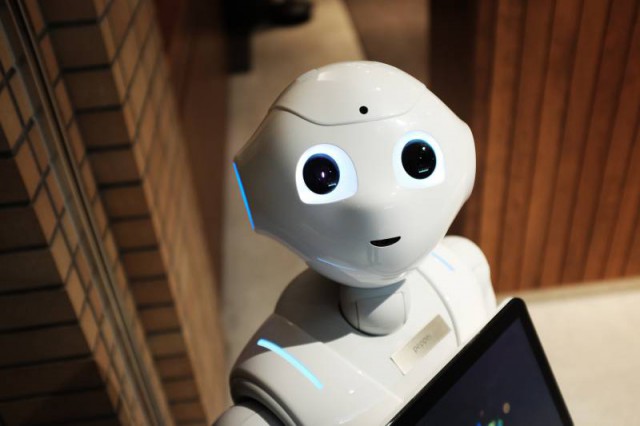 We all want to know how many jobs will be threatened by the rise of robots and technology. You might feel vulnerable if your job is one that could be affected.

But thanks to a new report, 27% of the 160 million people in the United States labour force can breathe easier knowing their jobs are safer than they thought.

Their prospects have been re-rated in new work by a group that includes one of the mathematicians who first raised the alarm on the risk to employment.

The Future of Skills: Employment in 2030, published in September, is their most detailed investigation to date on the impact of technology and it now puts 20% of workers in the vulnerable category.

That’s down from the 47% cited as at risk in a 2013 study, The Future of Employment, by professors Karl Frey and Michael Osborne of the Oxford Martin School at the University of Oxford in the UK.

Other studies, other predictions

Many studies have since mirrored this finding. The original Frey/Osborne study focused on American labour force data. Their followup work reached similar conclusions for Britain and Europe.

The Committee for the Economic Development of Australia did similar work in a 2015 report Australia’s Future Workforce to reach a figure of 40%. This has been the basis for employment projections by both the CSIRO’s Data61 and the Foundation for Younger Australians.

It’s also underpinned the rising cry for a basic income to compensate the millions of people who risk losing work while machines create greater productivity.

The likelihood that 20% of the workforce is in occupations vulnerable to technology by 2030 is scary but well short of the original estimate of 47%. So what’s happened here?

The latest work – which includes Osborne as one of four co-authors – digs much deeper than the original analysis of US data that looked at nine identifiable skills that can easily be replicated by machines. It ran that data through a machine learning algorithm to reach a conclusion based purely on the impact of technology.

This time around the researchers started by putting together human focus groups to identify big trends other than technology that may impact employment. They included:

Then instead of going to nine categories of the O*NET data (which describes skills that make up jobs) they went to 120 categories. They found technology could supplement some jobs but not fully replace as many as earlier analysis claimed.

Their final, precise view was that 18.7% of the US labour force and 21.2% of the British workforce are in occupations vulnerable to technology disruption. At the other end of the scale 9.6% (8% in the UK) are in occupations where demand for humans? will increase through technology.

The remaining 70% or so on either side of the Atlantic are in the unknown category.

Skills needed for the future

Interestingly, this report warns of the risk to innovation from concerns over the previous high estimates. It agrees with growing assertions that creativity and complex problem solving ability to support technology skills are essential to future workforce success. So will personal interaction skills and the continuing ability to learn.

This was emphasised in last year’s work on innovative businesses by the Australian Council of Learned Academies. The ability of humans to supplement machines (or vice versa) is also central to recent work by Professor Thomas Davenport of Boston’s Babson College.

In his 2016 book Only Humans Need Apply, Davenport and Harvard Business Review editor Julia Kirby argue there will be plenty of human roles in technologically equipped workplaces - blue and white collar.

Speaking at a QUT Real World Futures conference last year, Davenport cited the law where technology looked threatening but, on his estimate, eight lawyers might do the work of ten.

The impact of technology on future workforces is now hotly contested. This research advance by one of the authors whose work has helped fuel a dystopian view of the future has potential to shift the boundaries towards technology acceptance.

While the headline numbers are appealing, the big question sits with the big number - the 70% in the unknown category.

The question across advanced economies is what do we think will happen to those workers in those industries and what does it mean to our future? We need more work on this in Australia.

In my book Wake Up - The nine h#shtags of digital disruption, I argue that public policy has been slowly reactive to technology disruption. The impact of Uber and AirBnB has been foreseeable but left to chance.

Forming a view on the future and then assembling the data are the minimum start we should demand from governments elected to lead. The alternative is that they, themselves, will be disrupted as the numbers go against them.

This article was originally published on The Conversation. Read the original article.