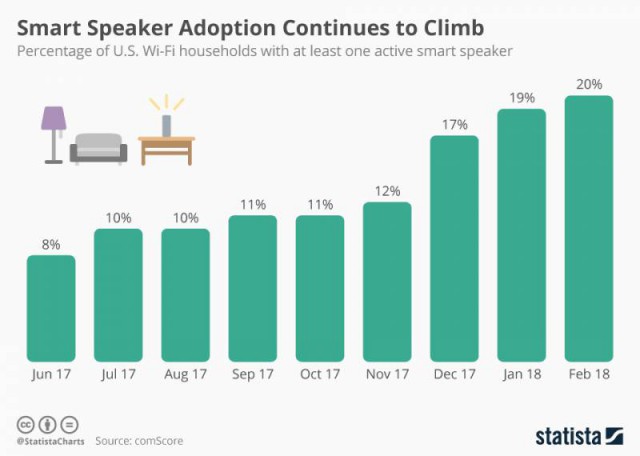 A smart speaker is a type of wireless speaker and voice command device with an integrated virtual assistant that offers activation of connected devices such as PCs, TVs and other smart devices.

Amazon, Google and Apple, three of the largest tech companies in the world have been racing the game. Based on comScore data, 1 in 5 WiFi equipped households in the United States now have at least one smart speaker and the adoption rate has more than doubled in little more than half a year.

Apple’s market entrance along with the steady stream of new models by other manufacturers will likely lead to a further increase in adoption going forward.

Other technology companies having virtual assistant products are Microsoft, Baidu and Tencent, I believe one day more smart speakers will enter the competition.